The Mexican Tree That Kept Trying Until! 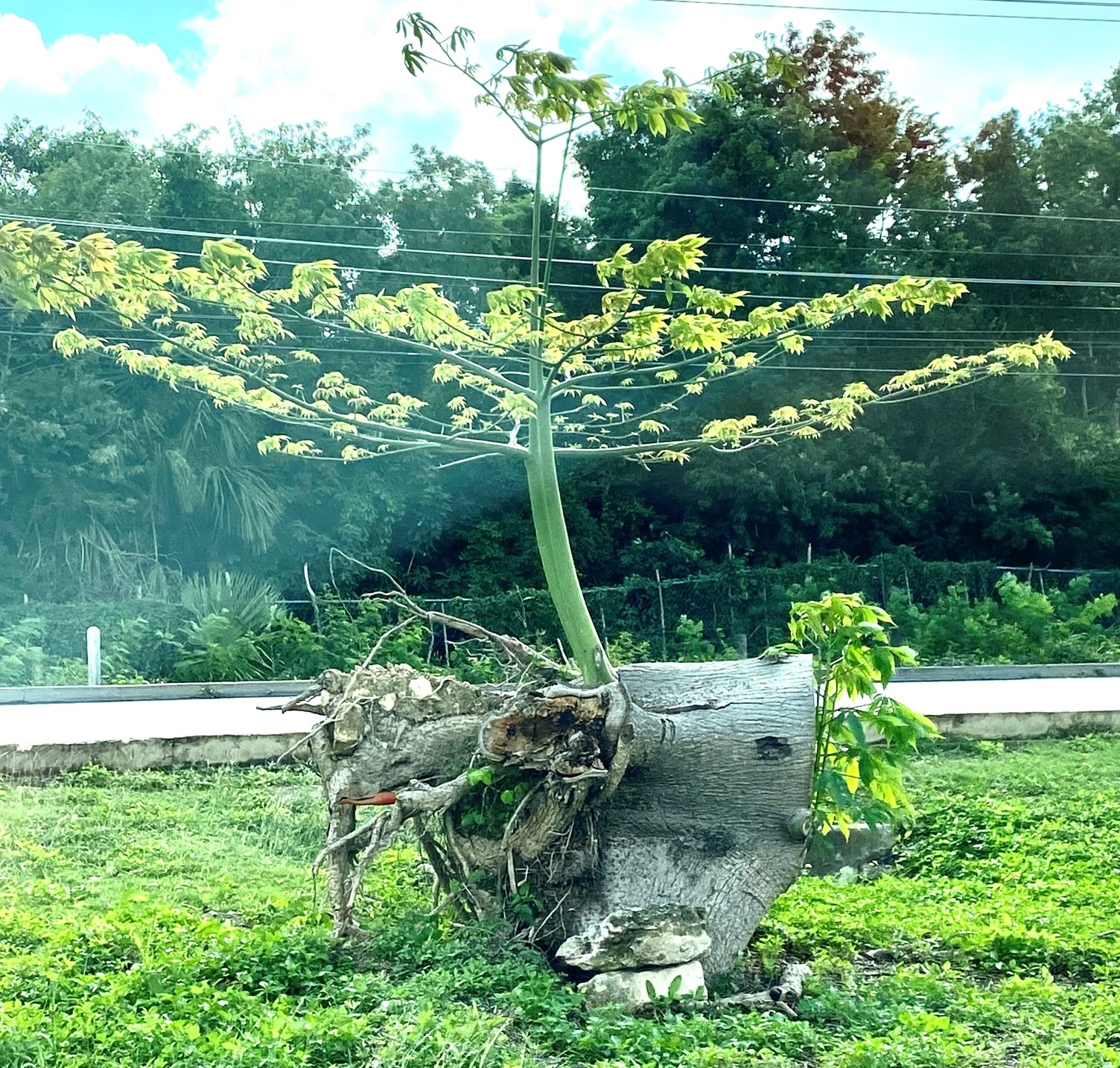 This is a true story.

When we were in Mexico, driving down the highway towards Playa del Carmen, we saw this miracle in the middle of the highway perched on the busy boulevard.

Obviously a tree had been cut down, or fell over at some point…. but that tree didn’t want to die, it had the will to live. You can see on the end that had been cut, an obvious attempt to grow where it once was, but the top of the original tree was now facing the wrong way.

And so somehow, that little tree tried something completely out of the normal scope – it found the sun and decided to reach towards it.

Every day, trying a bit harder, absorbing the car fumes and carbon dioxide, releasing oxygen …. It developed strength and bloomed up!! It found a way. It kept trying until!

Maybe something you have been trying isn’t working out quite as you had envisioned?

Maybe your vision, or career, or health has been cut off. Maybe something unfair blocked your progress, knocked your feet out from under you.

But what will you do now?

You might be tempted to try again in the same way, facing the same direction, climbing back in the saddle… but consider this – maybe there is a different way for you to grow?

Find your sunlight, your passion, your purpose and face in that direction while giving it all you’ve got! Don’t worry so much about HOW the foundation is supposed to look! As long as you can keep breathing, exchanging the harmful fumes for life-giving air, who knows! Maybe you will become a disrupter in your industry, a unique success story, an inspiration for others!

If you are ever feeling down and out, discouraged or confused, think of this little Mexican tree. In the most unlikely place, in the most unlikely environment, a way was made and it flourished – and it became something people talk about – see, I am telling you and it is now an example of disruption, success and inspiration.

Liked this? Enjoy one of these next!

← She Practices What She Preaches!
Back to My Blog...
We use cookies on our website to give you the most relevant experience by remembering your preferences and repeat visits. By clicking “Accept All”, you consent to the use of ALL the cookies. However, you may visit "Cookie Settings" to provide a controlled consent.
Cookie SettingsAccept All
Manage consent

This website uses cookies to improve your experience while you navigate through the website. Out of these, the cookies that are categorized as necessary are stored on your browser as they are essential for the working of basic functionalities of the website. We also use third-party cookies that help us analyze and understand how you use this website. These cookies will be stored in your browser only with your consent. You also have the option to opt-out of these cookies. But opting out of some of these cookies may affect your browsing experience.
Necessary Always Enabled
Necessary cookies are absolutely essential for the website to function properly. This category only includes cookies that ensures basic functionalities and security features of the website. These cookies do not store any personal information.
Non-necessary
Any cookies that may not be particularly necessary for the website to function and is used specifically to collect user personal data via analytics, ads, other embedded contents are termed as non-necessary cookies. It is mandatory to procure user consent prior to running these cookies on your website.
SAVE & ACCEPT